The following images are from actual patients treated by Dr. Elisabeth Potter. 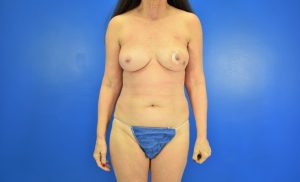 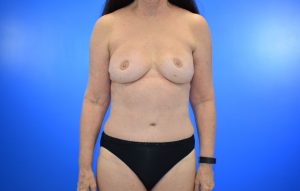 Diagnosed with left breast cancer, this patient, age 66, underwent a lumpectomy with positive margins. Her next step was a bilateral mastectomy, with immediate DIEP flap reconstruction, after genetic testing revealed a gene mutation making her a higher risk for breast cancer. She followed up with two fat grafting sessions and completed her reconstruction with 3D nipple tattoos. 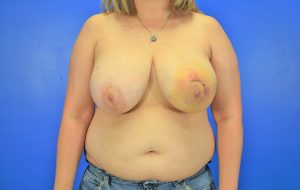 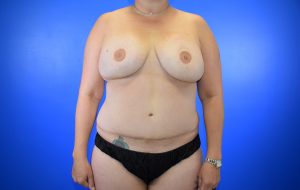 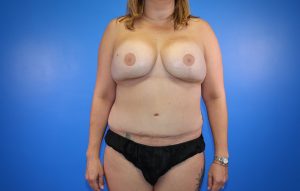 This patient, age 39, was diagnosed with left breast cancer. She began with a left breast lumpectomy followed by chemotherapy. Because of residual cancer, she proceeded with a second lumpectomy and eventually a bilateral mastectomy with immediate DIEP flap reconstruction when she continued to show positive margins. Originally a DD cup, she requested to be a C after surgery. She had an initial revision surgery followed by 3D nipple tattoos (After 1). She desired more upper breast volume, so she underwent a second revision surgery that included the placement of small implants under the breast flaps (After 2). 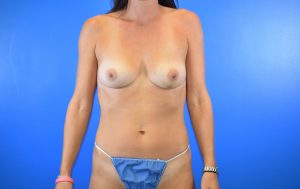 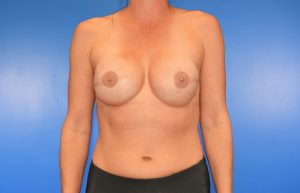 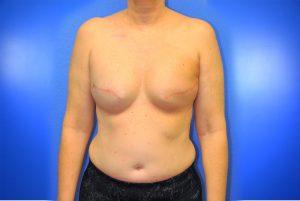 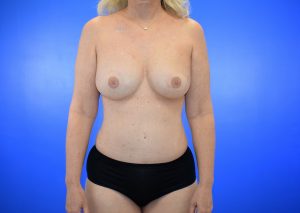 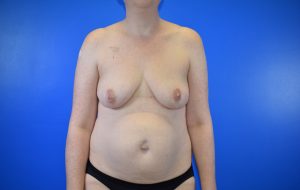 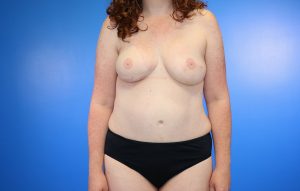