Home » My Story: Lessons Through Loss

My Story: Lessons Through Loss 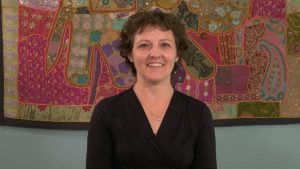 The words still echo in my mind, as perhaps they are permanently etched there:  “I need you to mentally prepare for the worst.  I think you have advanced breast cancer”.  And so it began in May of 2016… my journey of survival through breast cancer treatment.  My breast surgeon, a woman who I will always treasure, was very frank with me on that steamy Austin afternoon.  The mass in my right breast, the one that had been largely ignored and misdiagnosed, for what she estimated was close to a decade, was suddenly launched into the spotlight and would lead me down a long, arduous path to follow for the next 15 months.

I often told my friends and colleagues that I felt in the beginning of my cancer journey that I had been put on a train to an unknown destination, that someone else was driving, and they were not going to let me off until they were ready. All of the priorities in my life suddenly had to shift slightly, which was not something that I welcomed.  I was, like most career-oriented mothers in their late-30s, juggling all of the balls in the air, and I didn’t have time for hours and hours of doctor’s appointments, scans, tests, consults, etc.  Like many of my other “sisters” who have also survived this journey, I was angry and resentful of the fact that life had dealt me this hand, and I couldn’t control it, no matter how hard I tried.  Being in healthcare myself, there were many an evening spent on the phone with trusted friends and colleagues of similar backgrounds, seeking solace and opinions as decisions had to be made quickly and there was little time to research or gather data.  As my mother stated, “sometimes you just have to go with your gut and trust the process”.  This was a very difficult time for myself and the inner “control freak” who had suddenly been silenced, but yet there was a change about to happen.  A change that would ultimately lead me towards an incredibly healing space.

One of my patients, during a treatment session shortly after my diagnosis, said an incredibly powerful thing to me.  She said, “Carrie, I have had such a hard time wrapping my head around this diagnosis and why this happened to you.  And the only thing I can come up with is that this happened to teach you some things about yourself, and I think there are lessons in this for the rest of us too.”  That comment was earth-shattering to me.  Prior to that moment, much of the time I had been wallowing in this place of anger, darkness, self-pity, etc., and in that one comment I was instantly lifted to a place of introspection and optimism.  In that one comment I found a comfort that, at least for me, quieted the drone of the “why did this happen?” which had been playing non-stop for several weeks.  In that one comment, I was able to take something that was horrible and devastating, and polish it just a little so that a slice of light could shine outwards.  I was on a harrowing journey, but I was being watched, cheered, and others were learning about themselves right along with me.  Gone was that sense of fear, isolation, judgment, and guilt.  Replaced instead by a warmth of community and love.  Goodbye Anger – you are going on the shelf for a while, as you cannot exist in this space of healing.

It’s not to say that I have not had many moments of despair or anger creeping up through the last 15 months.  I would not be human, if that were the case.  I have cursed, yelled into the pillow, and cried A LOT, but I haven’t let those emotions consume me.  I made a conscious decision, with the new knowledge given to me by my patient, that this was a season of change and to embrace it, along with all of the uncertainties.  Goodbye Control Freak – you can sit next to the anger on the shelf for a while.

And so ensued the chaos of treatment… chemotherapy infusions every 3 weeks, no hair, hospitalizations for neutropenic fever, bilateral mastectomies, then weird hair, then bizarre never-had-this-in-my-life-hair, then radiation, then wound care for radiation burns, then tissue expander expansions, then finally reconstruction.  And the amazing thing is I survived.  In some ways, I think I am better… no, I know I am better.  Those scars on my body I wear as badges of honor.  If my breast surgeon was correct, then I had been sick for a very long time, and now I have been given a brand new lease on life, a cancer-free lease on life.  There is still much healing to do I know, both emotionally as well as physically.  I have some self-discovery yet to do.  I’m sure if you are reading this, then you are curious as to the lessons I have learned so far.  So here goes:

Cancer was, in a very strange way, a gift to me.  It gave me pause, an opportunity at a critically important stage of my life to rearrange my priorities, reaffirm my life purposes, and have an unabashed season of introspection.  It brought some new friends into my life, strengthened the bonds of my marriage and family, and gave me a new sense of optimism.  Would I sign up again for it?  Heck no…. but I might take a glance down the path it was following just for a moment, borrow a lesson or two, mouth a silent “thank you” and walk away. – Carrie C.

Carrie Ciaverelli is an Austin based physical therapist. She is the owner of Healing Foundations Physical Therapy.  Carrie is a breast cancer survivor who has gone through chemotherapy, radiation and DIEP Flap Breast Reconstruction.